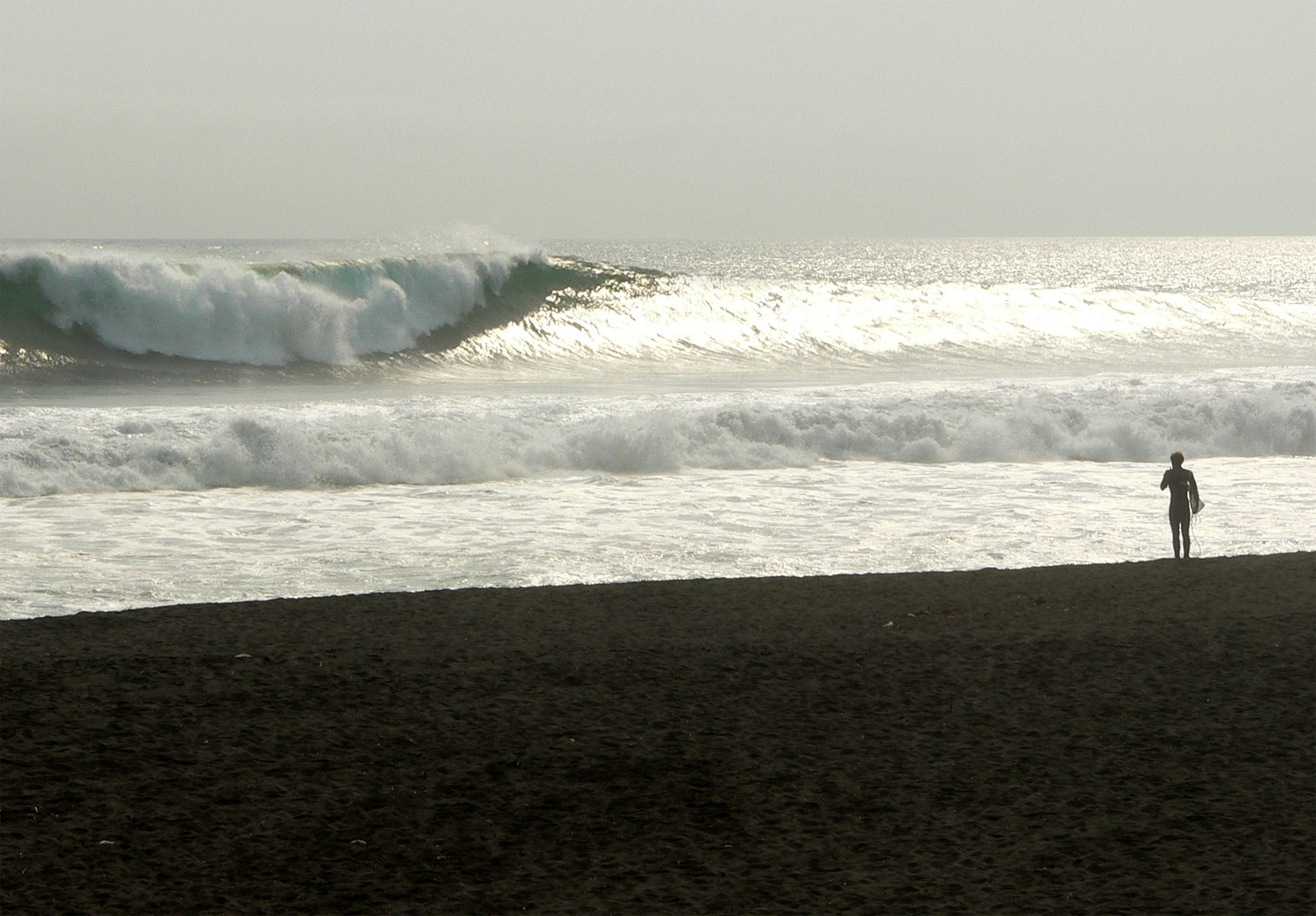 The waves are no good here in the afternoons. It’s blown out. So you find things to do, and you laze. You drink beers because the sun is hot and the beers are cold.

On this afternoon, with the swell building, a mate puts his hand up: “if each of you puts in 100 coins, I’ll go out there and catch a wave”.

We had been watching the waves all afternoon. It was big, closing out, lumpy and heavy.
There was some back and forth before everyone got on board – the thought of a crushed man walking up the beach, this brave man and his chest pounding, to see him get rolled, was irresistible – and all while we sipped brews in the sun. We had a good chance of getting our money’s worth.

The Rules:
1. You must catch a wave, and make the drop.
2. You can’t paddle out down the beach, you gotta go straight out front.
3. Its gotta be a set wave – not an insider.

“What if I fall off cutting down the face like, kinda doing a bottom turn-?”
“Na – you gotta get to the bottom”.
“You gotta wait out the back for 20 minutes, if a big one doesn’t come, you can start looking for smaller ones”.
“If he gets into trouble, who’s going to go out and get him?”. The question lingered.

While he put on his wettie, out of sight of the beach, a 10 wave set washed through the bay. He got down to catch the last of them (see photo).

On the first attempt to paddle out he got smashed back on to the beach, but got nothing big on the head. A rip then sucked him out the back, unscathed. Well done. He paddled and missed a few, then a wave, not the biggest of the day, but easily big enough. He stuck the drop and straightened out. No wobbles, no drama. Back up the beach with a chirpy grin and a spring in his step. Well done.

To the victor goes the spoils and some pocket money well earned. You’d be surprised at what you can get done when you give yourself the right incentive. Give it a go when it looks punishing, you never know, there could be some diamonds in the dirt, or a few crisp bills waiting for you on the beach. 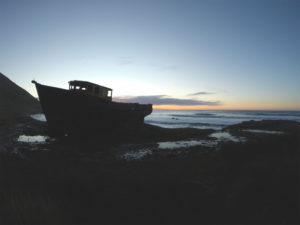 The forecast looked OK – just. A weekday. Worth a shot. We leave home early with thick grime in our mouths. The drive is two long hours down winding dirt […]