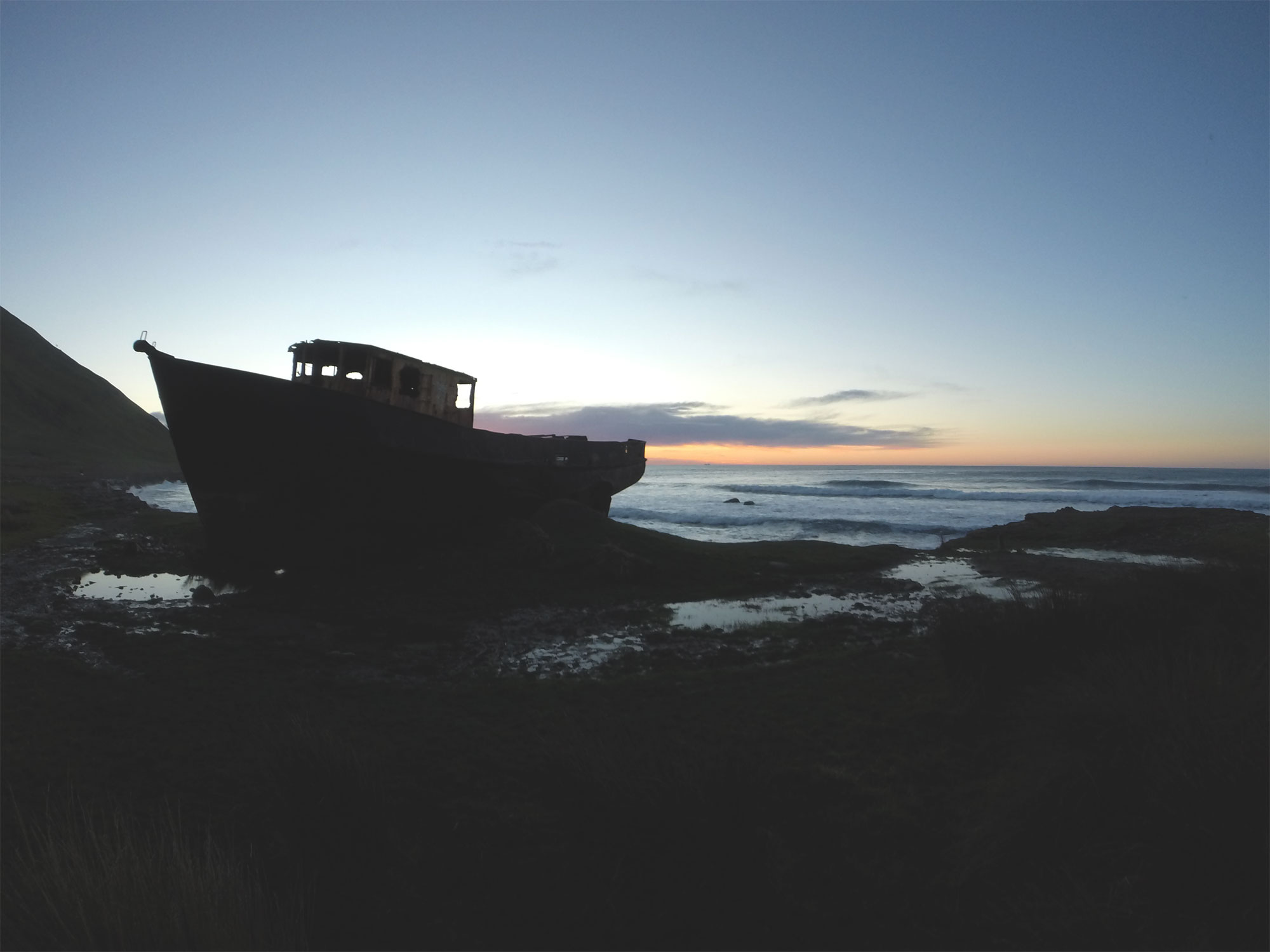 The forecast looked OK – just. A weekday. Worth a shot. We leave home early with thick grime in our mouths. The drive is two long hours down winding dirt roads, woven into steep ranges and pine forest. Our arrival at the coast is marked by a wiff of cow stink in the carpark. It’s still dark, we still feel like shit, and we still have a decent walk ahead of us, but with first sight of the water, conditions look promising.

Thanks to his service as a reserve in our nations army, my buddy comes well prepared. He had scored us a loot of expired rations, each with the same nondescript brown packaging. He is a big guy but is dwarfed by his cargo. Every one of the many camouflaged pockets in his large pack had something in it.

We get moving toward the headland. The light is already glowing from below the horizon, faint, but enough to be surfing. We don’t talk much, still sleepy. I look back to see my bud cross a cold, narrow rivermouth with surprising spring in his step.

Just over half an hour on foot and we arrive to a large grassy ampetheatre facing the break. Sweet limestone! The flat pads of this type of rock are unusual on this coast, cracking through the hills above us and down into the water below, producing a better style of wave than we are used to. 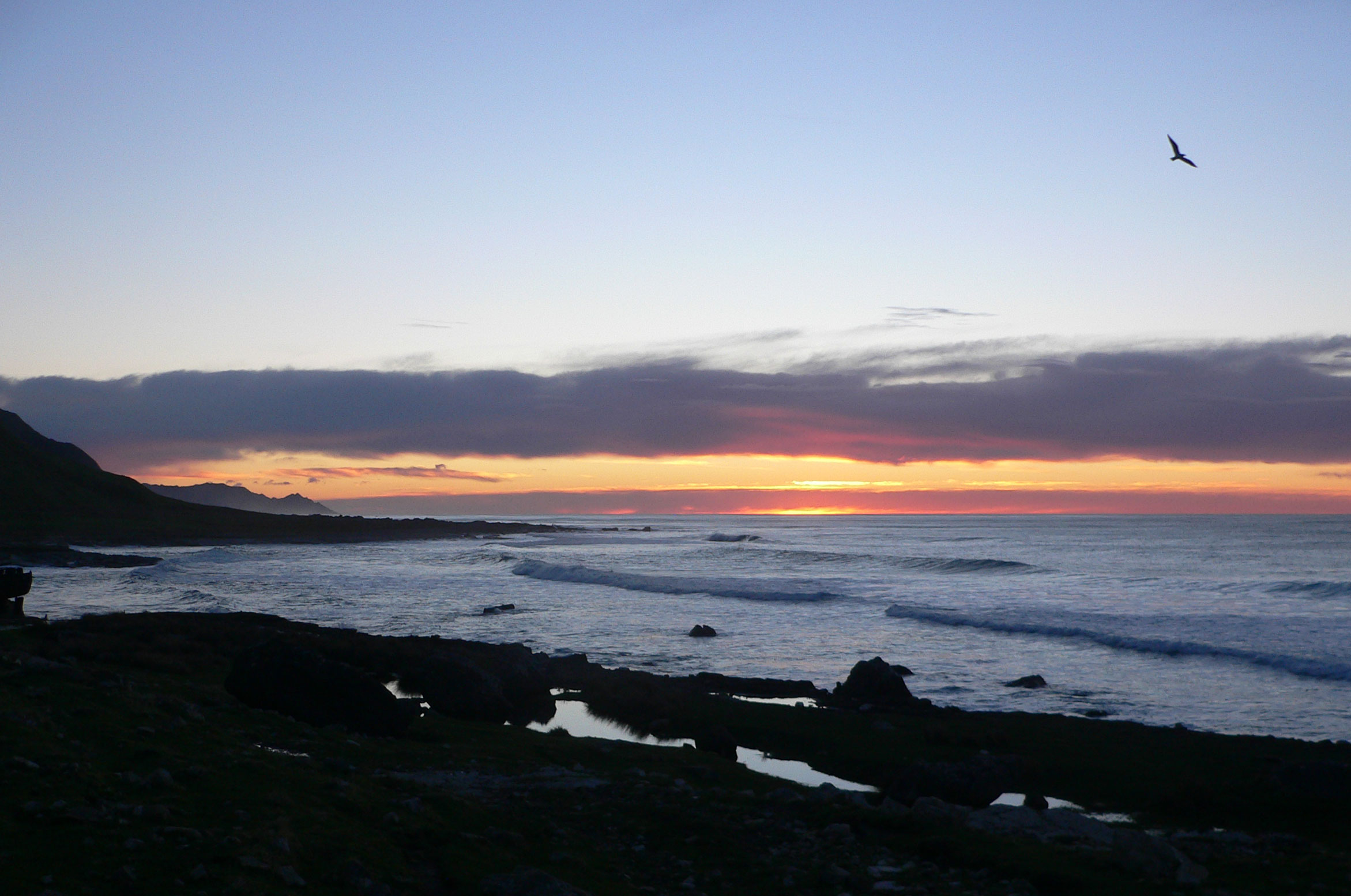 It’s on. We scramble into our wetsuits as sets pump and the light lifts. As soon as we hit the icy waters our throats clear. The waves are good, difficult to read – unfamiliar and challenging. The feeling of isolation is real. We surf well into the morning, hooting, taking turns, slamming, and trying to figure things out. We exit the water numb, worn out, and happy. 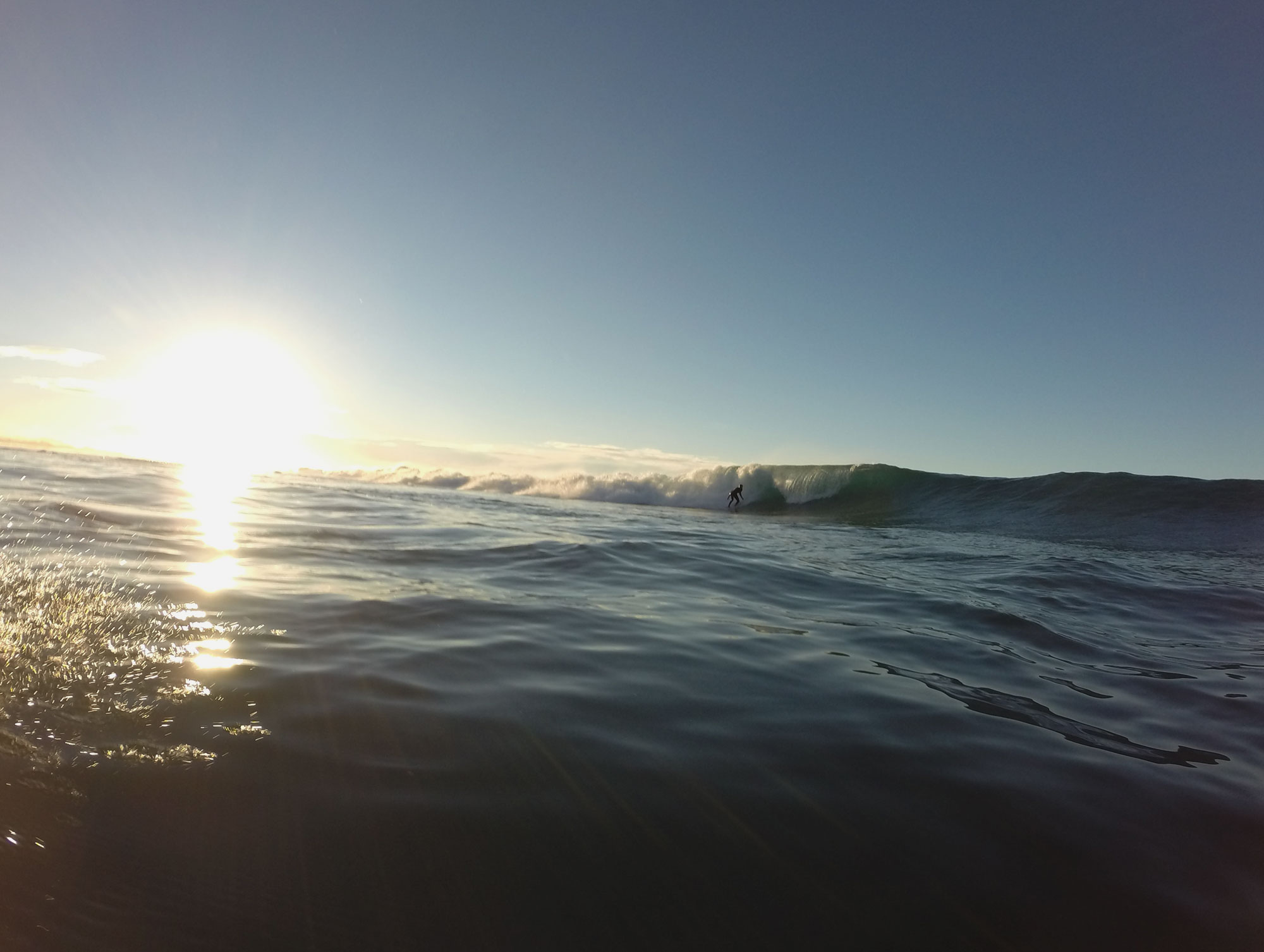 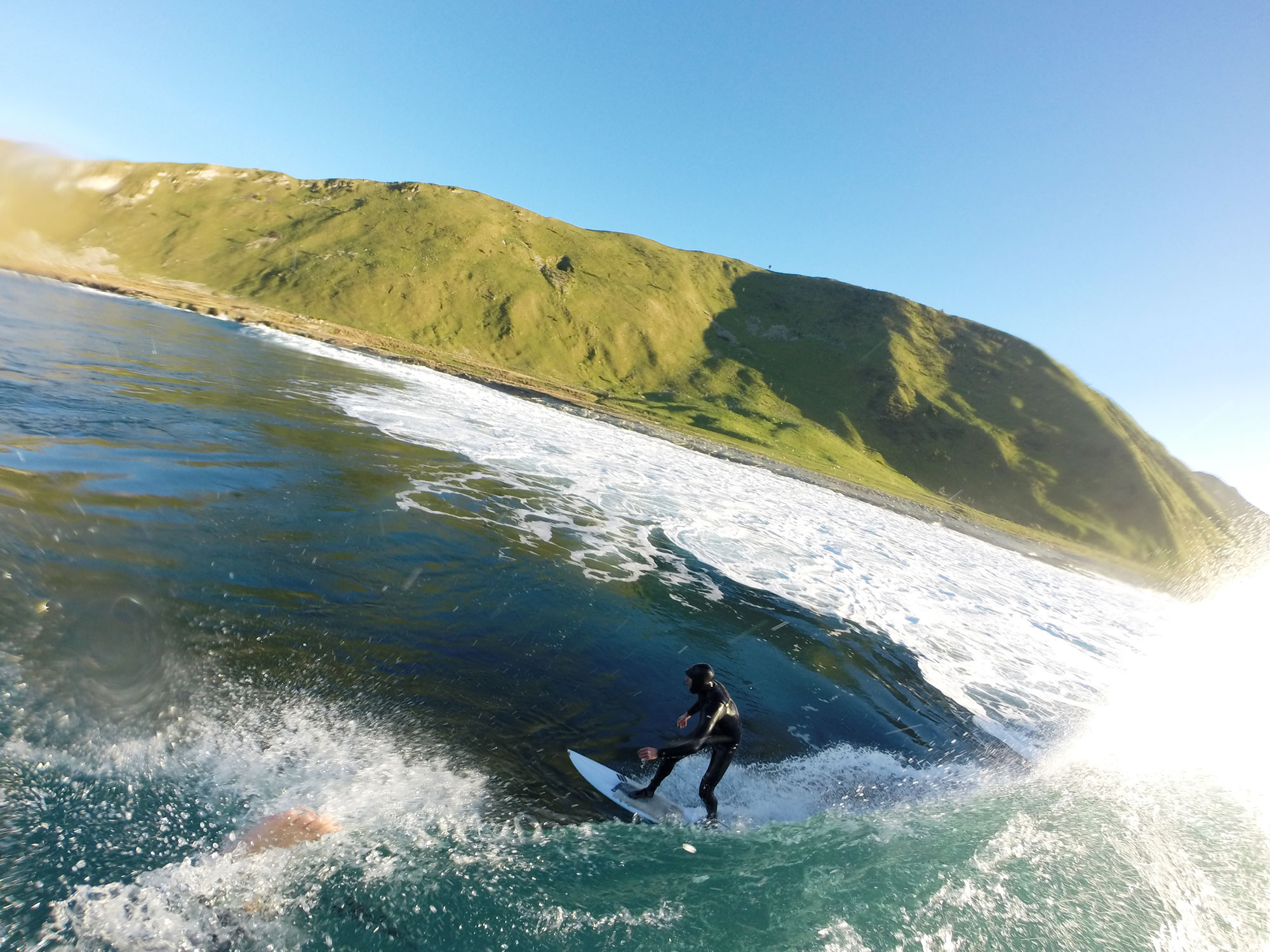 Warming up on the stones, we feast on curry and hot chocolate. The seals slide past, understanding the wave and surfing much better than us. As we watch, the tide drops out, the wind gets sideways, and the waves disappear. We have time to attempt a quick nap in the cold wind then we head for the road.

My mate’s pack wasn’t much lighter. We hardly made a dent in his rations, and he still had a host of dive gear, including a weight belt, plus a buoy he found on the way in.

He’s also a geologist. It was here at this spot, he tells me, that his interest in geology ignited. He tells me about how the rocks move, only the time frame is so huge that lay people easily forget they move at all. The jagged hills around us didn’t bounce up overnight, but were forced up slowly as huge pressure is released way down below. You can see the past years printed on the hillside, layers upon layers. I listen as we make tracks back over the river. All this and only just past midday.

The drive home is pleasant and un-hurried. Kinda warm even. It was a full day’s worth in less than a morning. We could’ve done the whole thing again and been home for dinner. This was our way to bend time – the dawn service. The power to drag yourself out of bed on a gamble, to beat the crowds, and arrive before the sun. 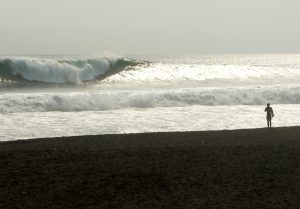 The waves are no good here in the afternoons. It’s blown out. So you find things to do, and you laze. You drink beers because the sun is hot and […]